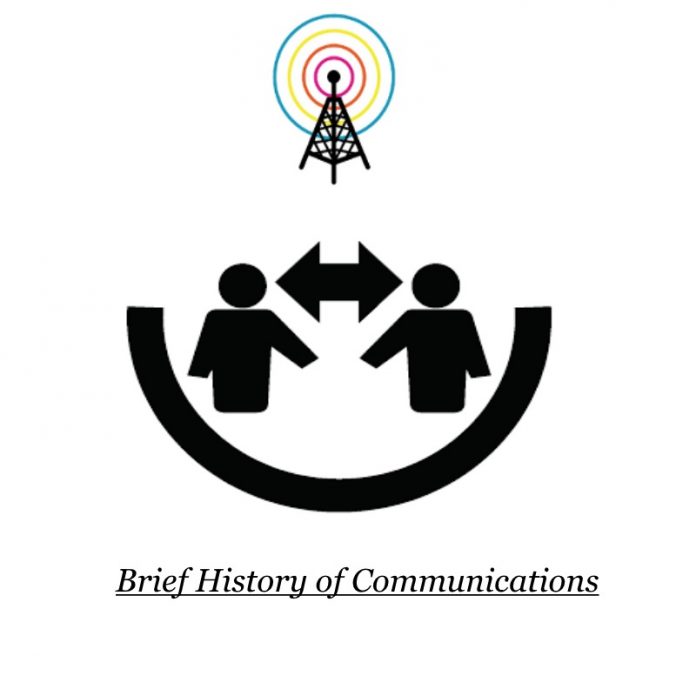 History of Communication Technology – If we look around us, everything has changed from the old times. The world is moving so fast and we have become accustomed to it. The world is progressing by leaps and bounds and every new day brings new inventions and innovations. From the time we wake up in the morning till the time we go to bed, we use countless scientific inventions without any notice. Let’s have a look at a few screen shots of history that have left long lasting effects on man and society.

Around the year 1876, Alexander Graham Bell patented his new invention the Telephone and the next year the Bell Company was established to operate local telephone exchanges. With the passage of time, things were developed to near perfection. People never thought before of connecting over a long distance, but it was made possible. No doubt from the time of its invention, this land-line communication has served millions of people but now due to the advancement of Internet and cellular connectivity, its losing its worth, slowly. Now using land-line is considered as a bit out of fashion.

Wireless communication experiments were being done from early on, but in 1946 in the US, an AT&T mobile telephone call was placed and the first commercial mobile telephone service was made available. Working in the same way, a reliable cellular communication was made possible, it needed no wires and was accessible anywhere. Cell phones have developed a long way from then, their size shrink-ed to even less then the human palm. Today cellular connectivity is touching its peak and services like ECT are doing their best to facilitate our daily communications.

World Wide Web was not the beginning of the Internet. First the Internet Configuration Control Board was established by APRA. Then in 1983 Transmission Control Protocol and Internet Protocol were used and were referred to as Internet. Then in 1991 World Wide Web was started and today you can witness that Internet has pushed us into a new dimension of connectivity and progress. It compelled the common man to think beyond his limit and opened new ways of moving forward. Its impact started slowly and gradually, but today everyone has witnessed its power. You can see everything is moving online whether those are shopping stores, books, automobiles and other such stuff. Soon a time will come when physical presence will no more be valued, and everything will be done on Internet while sitting at home. Besides this fast communication facility, Internet has opened new ways for the people to work. More number of jobs, Web based applications development, E-stores and online banking.

No doubt these inventions have changed the pattern of our life and man was made to think about other possibilities. But there is still a lot to invent and scientists are working day and night to comfort our daily lives. Beyond all this, it’s our soul responsibility to use these technologies in a positive way that reflect good impression on the future of our society.