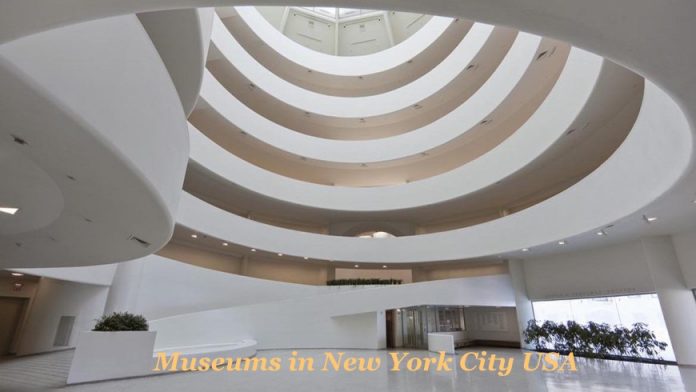 New York City- the global epicenter of commerce, economy, entertainment, arts and gastronomy in the United States. It is the epitome of every American dream and for those that cross the seas- a hope for a brighter future. A concrete jungle that stops for no one, it is this incredible buzz of energy and activity that makes New York City so captivating. From the iconic landmarks of Statue of Liberty to Broadway, there’re endless things to see and do. But, don’t forget that New York City has some of the best museums in the world too. Here, we highlight several must-visit museums for every traveler to New York City. 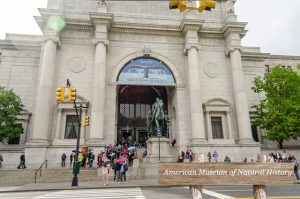 An imposing medieval stone structure, the Natural History Museum is one of the most popular tourist attractions in New York City. The most striking feature of the museum’s facade is probably the towering columns at the Central Park West entrance. With 4 floors of gallery space sprawled across several city blocks, there is much to see. Besides the 45 museum halls and the Rose Center Planetarium, you’ll always find something new to see as the museum constantly revolves and hosts new exhibits. The American Museum of Natural History has millions of artifacts, covering everything in creation from the beginning to the present, and spanning across a multitude of human science disciplines such as biology, geology, astronomy, anthropology among several others. The American Museum of Natural History is worth every penny as you can spend hours in this massive museum. So be prepared to do plenty of walking and stair climbing! 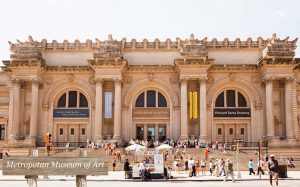 An astounding 2 million art works spanning across 19 separate curatorial departments at the Metropolitan Museum of Art, otherwise known as The Met by the locals, this museum is a must-visit whether or not you’re an art enthusiast. The red-brick and stone mausoleum stands at the eastern edge of Central Park, along Manhattan’s museum mile, as one of the world’s largest gallery. The Met’s extensive collection of master pieces range from American and modern art to the European and even Byzantine and Islamic art. The Met is also home a vast collection of musical instruments, costumes and accessories, as well as armors and weapons. If you haven’t had enough at the Met, visit its small sister museum, the Cloister Museum, which hosts medieval art pieces. 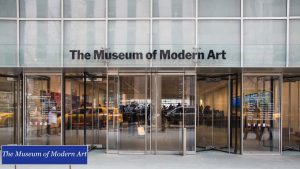 Though it does not exude the overwhelming grandeur of the former two museums, the Museum of Modern Art (MoMA) is certainly a pretty cool museum with its sleek minimalistic facade. One of the most influential museums for modern art in the world, MoMA features works of architecture and design, drawings, sculptures, paintings, photography and film among many others. Visitors will find the familiar famous art works such as the ‘The starry night’ by Vincent Van Gogh and Andy Warhol’s ‘Campbell’s soup cans’. What’s more, right above the museum, is the 6-million dollar apartment of MoMA’s Museum Director. 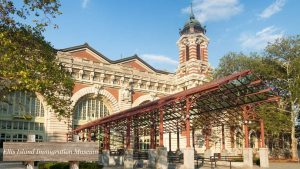 Situated in the New York Harbor, the Ellis Island Immigration Museum was once the nation’s first federal immigration station. These days, visitors can enter the Ellis Island Immigration Museum for free to learn about the experiences of over 12 million immigrants who sailed across the Atlantic Ocean in hope of a better life in the United States. The museum captures American history unlike any other, with 3 floors of compelling displays of ancient artifacts such as the the immigrants luggage, accounts and historical photographs. Visit the Ellis Island Museum and you’ll get an insight to the sacrifices made by the many immigrants and a better understanding of the American history. 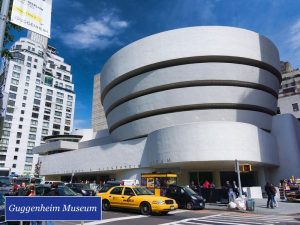 Known for its spiral structure and unique layout, the Solomon R Guggenheim Museum is simply one of the best-known museums around the country. Featuring permanent collections and temporary exhibitions,the Guggenheim is home to impressionist and post-impressionist pieces, as well as early modern and contemporary art. The Guggenheim is a visitor-friendly museum with its gently spiraling layout from the ground level up. The paintings are displayed along the walls with viewing rooms interspersed at various stages as you go. The Guggenheim Museum of New York City is worth a visit, at the very least for a photo opportunity of this cultural icon.

Greenland – The Island in the Northeast of North America